Colorectal Cancer Risk: Why you may be at a higher risk! 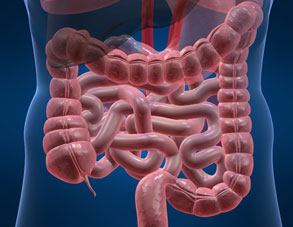 According to the American Cancer Society, colorectal cancer risk is among the leading causes of cancer related deaths. Colon cancer originates in either the colon or the rectum.

Recent studies have indicated that diet can play an important role in the development of Colorectal Cancer Risk and other these cancers. One nutrient in particular has been implicated. This nutrient is protein, and it is generally recognized that meat protein from red meat sources and processed meats are the culprits.

Protein is a very important nutrient in the diet. However, according to results published by NHANES, the average American eats almost double the recommended amount of protein.

It isn’t very well understood the process by which protein influences the development of colorectal cancer. Several epidemiological studies published in both the British Journal of Cancer and American Association for Cancer Research Journal have found a positive correlation between high intakes of red and processed meats and colon cancer. However, the correlation between meat and colorectal cancer was not found between meats like chicken and fish.

It has also been shown in these studies that certain products in the foods you eat may be to blame for the increased risk of colorectal cancer. One of these nutrients associated with read meat that has been implicated is heme-iron. Heme-iron is found in the red blood cells contained within the red meat that you eat. In the study published in the British Journal of Cancer, it was found that increased levels of heme-iron were found to put individuals at a roughly 31% higher risk of developing colorectal cancer.

Two products are found in processed meat that are implicated in the development of colorectal cancer. These are nitrates and nitrites. Nitrates and nitrites are preservatives that are added to the meats. Once again, a direct relationship between the incidence of cancer and these two chemicals has been established meaning that the more of these chemicals that you ingest, the higher the risk you run of developing colorectal cancer.

A second possible cause of the increased risk of colon cancer has been established in the fermentation of protein in the gut. Fermentation is a process by which bacteria, in this case the bacteria that is found within your gut, utilize nutrients in the body for their own energy supply. The by-products of this process have been proven to be toxic in studies on human cells. These studies culture, or grow human cells in a lab. These cells are then treated with chemicals and byproducts that are created through the fermentation process in your colon.

You can see that protein, especially meat, has a negative impact on your chances of developing colon cancer in several ways:

You can avoid these increased risks in a number of ways through your diet. First you can simply decrease the amount of meat that you eat on a daily basis. Replace with these meats with foods like beans or eggs. Secondly you can eat more white meat and fish and less red meat. Finally you can reduce the use of processed meats such as sausages and hot dogs. Following these simple steps can help you to reduce your chances of developing colorectal cancer!