With cancer claiming the lives of more than half a million Americans annually, many are seeking natural treatments. The most common include breast, lung, colon and rectal, bladder, melanoma, lymphoma, thyroid, kidney, endometrial and pancreatic. Have you ever wondered whether you can eliminate dis-ease with natural treatments?

Some natural treatments for cancer include:

These are only a few of the more popular and effective protocols. Natural treatments can activate your own extraordinary ability to heal and eliminate diseased cells. The Gerson therapy has been used for over 90 years and has been shown to heal cancer, arthritis, heart disease, and many degenerative diseases. This therapy includes plant based nutrition, raw juices, coffee enemas and some supplements. The idea is to get the nutritional benefits of nearly 20 pounds of organically grown fruits and vegetables each day and eliminate toxins through coffee enemas. 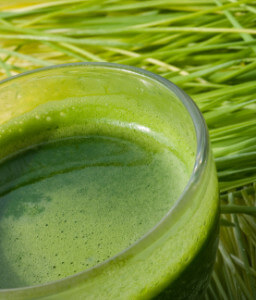 Oxygen deficiency sets up an acidic state in the body, allowing cancer to thrive. Diseased cells can’t survive in a highly oxygenated environment. Otto Warburg, MD, winner of the Nobel Prize in Physiology 1931) made it known that the root cause of cancer is oxygen deficiency. Hyperbaric chambers, oxygenated saunas, rectal insufflations of O3, and certain supplements super oxygenate the body, helping to eliminate chronic disease.

It has been shown that systemic enzyme therapy significantly reduces tumors. Physicians recommend taking at least 5 grams of proteolytic enzymes 3 times a day on an empty stomach. This reduces inflammation and balances the autonomic nervous system. Dr. Nicholas Gonzalez reported that balancing the sympathetic and autonomic nervous systems through diet and proteolytic enzymes is the key to eliminating cancer.

Scientists and health professionals have shown that cancer is a curable and preventable disease that requires major lifestyle changes. In fact, experts estimate that at least half of the incidences of this disease can be prevented.