The Benefits of Hydrogen Inhalation Therapy 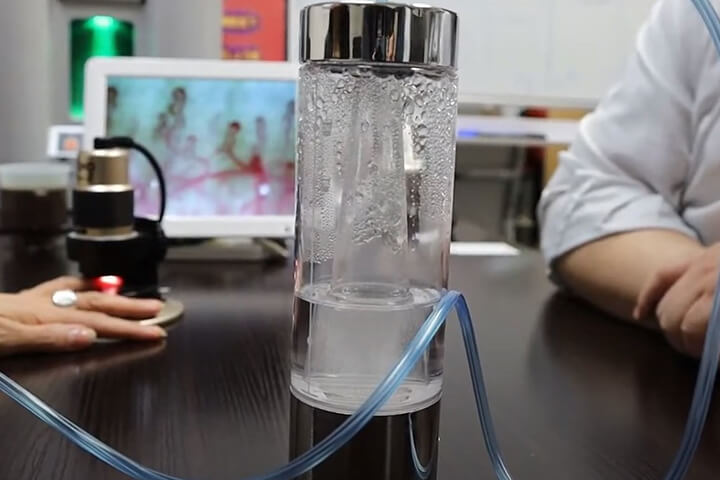 Hydrogen has emerged as a safe treatment with several benefits.

Medical gases can exert biological effects that are currently accepted in experimental settings in both preventive and therapeutic interventions.

In contrast, hydrogen therapy can be advantageous for one’s overall health and well-being.

For a long time, H2 was considered as a nonfunctional and inert gas at body temperature in mammalian cells. In fact, in the absence of catalysts, H2 reacts with no biological compounds, such as the oxygen molecule, at body temperature.

While some bacteria have hydrogenase enzymes (enzymes that catalyze the conversion of molecular hydrogen to protons and electrons) that can metabolize excess H2, mammals lack such enzymes. As a result, hydrogen therapy is not thought to have any functionality in our cells.

Recent studies, however, have shown that this hydrogen may have more benefits than previously thought.

For example, most lifestyle-related diseases have been linked to persistent oxidative stress.

Hydrogen gas has shown that it can serve as an antioxidant and as a therapeutic antioxidant in a number of diseases and that it serves as an odorless, nontoxic gas.

More than 38 different diseases, physiological states and clinical tests have been published in leading medical/biological journals since the publication of the first H2 paper in 2007, and several groups conducted clinical examinations.

There are a variety of methods available to administer hydrogen, the most common being dissolving molecular hydrogen tablets in water.

Water acts as a hydrogen carrier, and when ingested, an increase in H2 concentration is shown within five to fifteen minutes.

Due to its small size, molecular hydrogen can easily penetrate and diffuse through the cell membrane.

The initial peak or spike of hydrogen, with its activating effects on the cells, may last only an hour, but the protective effects of hydrogen continue for an extended time. Other methods of hydrogen are available, depending on the intent and duration of administration.

Methods of increasing hydrogen in the body include:

The following study conducted by Shigeo Ohta showed signs that proper use of hydrogen therapy was effective in clinical trials. Ohta noted that:

These scores were significantly improved by H2 inhalation in comparison with the control group.

These results suggested a potential for widespread and general application of H2 gas.

What are the benefits of hydrogen inhalation therapy?

According to Quicksilver Scientific:

“The importance of hydrogen can be understood by considering its influence on how the body detoxifies, improves brain health, promotes healthy aging and longevity, impacts post-exercise recovery, and mimics exercise.”

Today, research has shown the benefits of molecular hydrogen being wide-spread, acting as a powerful antioxidant, supporting cognitive health and athletic performance, promoting healthy metabolism, and helping in the activation of the body’s natural detoxification system.

It appears hydrogen is more likely to have multi-faceted benefits than a unidirectional effect like some conventional methods.

Hydrogen is important in supporting healthy inflammatory mediators, including NF-kB, a transcription factor family that controls cell death and growth.

Studies show the activation of this signaling pathway (duration, speed and time of activation also playing a part) can positively benefit the system.

A closer look at clinical studies shows that molecular hydrogen mediates the same beneficial metabolic pathways that are activated through healthy and consistent exercise, helping us further understand hydrogen as an “exercise mimetic”.

What does this mean for you? Essentially, hydrogen mimics the biological effects of exercise.

In addition to mimicking the effects of exercise, hydrogen has been found to promote recovery.

The benefits of hydrogen have also been found to impact our brain and cognitive health. The use of hydrogen (through a saline solution) has shown to support a healthy memory in an animal study looking at memory and motor function after an injection of hydrogen.

Hydrogen therapy induced the activation of autophagy pathways in animals. Hydrogen has been found to protect mitochondrial function.

Autophagy, the natural and automated cleaning process for proper cell and tissue health, has been shown to be activated with molecular hydrogen as well.

In the brain, do the benefits of hydrogen go beyond its neuroprotective effects? Interestingly, hydrogen’s benefits highlight the role it has in supporting homeostasis in the body.

Two studies of interest showed the therapeutic effects of hydrogen therapy on the HPA axis.

A double-blind, placebo-controlled study, which included hydrogen for 4 weeks; participants felt a decrease in feelings of nervousness and an increase in mood.

Secondly, an animal study showed hydrogen supporting the HPA axis during mild stress and most notable, the effects were long-lasting as resilience to stress increased beyond the time of administration.

As a single intervention, molecular hydrogen was shown to support normal digestive function after episodes of nervousness.

The protective effects of hydrogen (which is neutrally charged) may be attributed to its unique ability to diffuse across membranes, directly into cells and organelles.

People suffering from asthma may find that hydrogen therapy provides relief using a natural approach, rather than pharmaceuticals.

A clinical study conducted by BioMed Central showed promising results. They noted that

“Hydrogen gas inhalation improves lung function and protects established airway inflammation in the allergic asthmatic mice model which may be associated with the inhibition of oxidative stress process. This study provides a potential alternative therapeutic opportunity for the clinical management of asthma.”

Oxidative stress was considered an important mechanism in the pathogenesis of asthma.

It’s important to note that there is no cure for asthma, and it remains a worldwide common chronic airway disease.

As you can see, there are many benefits to hydrogen therapy. Whether you’re looking for a natural treatment for respiratory problems or interested in just improving your overall wellness, this may be an alternative worth considering.